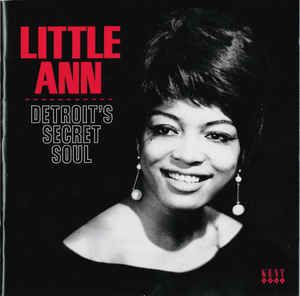 This recent release from Kent Records is an extended release of the Little Ann vinyl album released in 2019. A snippet of the release notes from Ady Croasdell follows below.

In the last two decades, Little Ann’s music has gone from being almost unheard to celebrated widely across the world. Initially known only as a footnote for having one side of a Ric-Tic single in 1968, the discovery of her acetate of ‘What Should I Do’ at Wigan Casino in the late 70s led to her name becoming important to rare soul fans.